Top Ten Authors I Discovered in 2017

I worked hard to finish a lot of series in 2017, so this list was sort of hard to come up with! The ten authors below were new to me in 2017. They either had a five star book (although some series had letdowns near the end), or are just an overall new favorite of mine. If applicable, I will also list some books of theirs I am looking forward to reading. I will be linking to The Broke and Bookish.

I’ve only read her Meet Your Match series, but I absolutely loved them! She writes clean romances that are more realistic than average, but still incredibly adorable. The next books I want to read of hers are The Fall of Lord Drayson (a historical romance) and Not Always Happenstance (a contemporary romance).

She wrote the Ascendance Trilogy. I loved the first one, but my feelings for the series went downhill with each book. I do want to give her book The Mark of the Thief (middle grade historical fantasy) a try though!

I’ve counted these as one author, since it was their joint book Illuminae that made me fall in love with them. However, I’ll easily read a book by either of them! Other than finishing the Illuminae files, I have These Broken Stars and Unearthed by Amie Kaufman (both young adult science fiction) and Nevernight and Stormdancer by Jay Kristoff (both young adult fantasy) on my to-read list.

A friend introduced me to the Angelfall series, and I’m so glad they did! Although a bit dark, her books were full of action, which made it hard to put them down!

Her Tin Star series is another one that started off great but petered out at the end. I didn’t have any books of hers on my to-read list, but then I discovered The Plain Janes (young adult graphic novel), which hopefully won’t let me down. 🙂

Okay, so I loved her writing style, but didn’t like the content of the first book I read of hers, The Truth About Alice. So I’m hoping I’ll like a different book of hers. Moxie (young adult contemporary) is the one I want to read the most.

This is a middle grade author who writes the Confectionately Yours series. I’m still working to finish that series, but I’ll most definitely be picking up some of her other books once I’ve finished it.

A lot of non-fiction writers only have a book or so out there on their expert subject. But Jon Ronson chooses a subject, researches it, and then writes a book. In 2017 I read So You’ve Been Publicly Shamed. Next on my list is The Psychopath Test (non-fiction psychology).

I read her Plain Fame series in a very short amount of time in 2017. Although none of her books were “wow” books, I enjoyed most of them. Next of hers on my list is Fields of Corn (Christian romance).

I picked up an ebook by her, The Lemonade Wars on the last day of 2017. It was really well written, and I look forward to reading the next in the series, The Lemonade Crime (children’s chapter book).

What great authors did you discover this year? 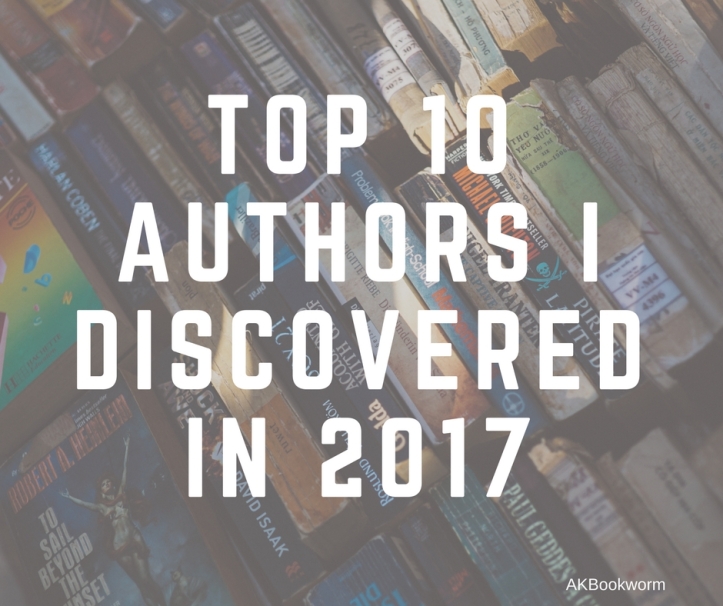